Marsh Hawk Press offers a "Three Questions" Series for its authors to discuss individual titles -- an index to the Series is available HERE.  We are pleased to present this Q&A with Jon Curley and his 2015 book: 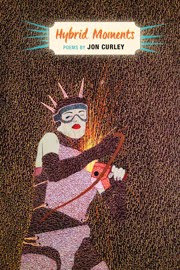 1) What is something not known about your book HYBRID MOMENTS?

Some readers will recognize that my title has been shoplifted from a song by the Misfits (1977-1983), a band from Lodi, New Jersey variously described as horror rock, punk rock, goth rock, doom rock -- so many classifications! Hybrids indeed! The song "Hybrid Moments"  Is beautiful and brutal, at once engaging and horrifying. You can hear for yourself:
https://www.youtube.com/watch?v=UbIQMsNq8Ug

I wanted these poems to meld many features, foci and facets, secrete both marvels and mayhem, generating amusement and unease like fairy tales or a drunken uncle pointing a loaded shotgun at your face while telling jokes only he can understand. A "harmony of harm" is meant to be taken from some of these poems but also the shame of shamans shorn of seriousness and ready to tackle the reader with tricks and render the poem and reader alike as a very well proportioned riddle.


2)  Please share some responses to your book that’s surprised you, or made you happy or disappointed.  If your book is relatively new, share some of your hopes for how readers might respond or how the book finds its way in the world.

The book has just been launched into the cosmos and ether and early readers have complimented the volume's sense of play, which is key, so too the element of critique and dabbling with various personae, either performed or referred to. In the wild world of this tome which wishes to be too anarchic to be reasonable, tutelary spirits like Henry David Thoreau and H.D. can break bread or merge spirits or Ovid can take refuge in the advice of John Lydon a.k.a. Johnny Rotten, he of the Sex Pistols, Public Image Limited, and a vague Western Ireland ancestry like myself: "Anger is an Energy!"

The companions who have taken a glance (or a swipe!) at some of these poems have observed my tendency to drift in unfamiliar modes of address or attitude: brashness, spitefulness, sarcasm, meanness, malice, dastardly contempt, sanctimoniousness, didacticism, self-righteousness -- along with the absoluteness of complete absolution, complete sympathy, virtual amnesty, ready cooperation and compliance, benediction without reason or evidence. The best way to rid oneself of the burden of self is to break said self onto the page and allow all presumed or received notions to break apart and perhaps reconstitute or be left behind as delectable damaged goods for all to see/flee.

My only allergy -- and it is acute, if not astute -- is to camps, coteries, sects, divisions, binaries, dichotomies, either/or formulae, the factitiousness of diagnoses of discrete differences or the ungodly, tawdry godlike devotion we give to generalizations. Extirpate gently this gesture please, lentlemen and geadies! We theorize, categorize, theorize our categories and categories our theories until our collective eyes grow bleary, weary, myopic and yourpic. The collective soon becomes claustrophobic! Let us have an actual and imagined place where reality can renew itself in the truthfulness of its weird diversity and awesome span of energetic environments of transformation and surprise.

So let Ovid merge with his Metamorphoses and some lewd lyrics of the delightfully despicable Misfits and also, uh, Robert Walser and you, gentle reader, grown coarse, crusty and collegial with your radical attention to how Marsh Hawks, unlike other poetic birds, fly beyond the horizon and take back from "it" the marvels of uncommon majesty, heralds of heavenly and hellish craft so needed in this world (and probably that one there and that one over there. Elsewhere?)

You hide your looks behind these scars,
O Ovid, devoted to the oracular found in
the never easy vernacular. Why welsh our
bets when, like our comrade R. Walser,
"We don't need to see anything out
of the ordinary. We already see so much."
Your face is momentary and so is mine
so let us make a new face for a new future
and proclaim the valentine of novel ways
of parceling out our days, conceptions, ways.
In hybrid moments, give me a moment
or two or three, whatever constituents
we deem to be or see or, yes, flee. 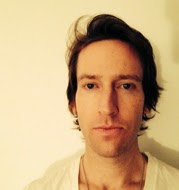 We thank Jon Curley for participating in this Q&A.