Posted by EILEEN at 3:20 PM No comments:

Congratulations to Chard deNiord for his new appointment as Poet Laureate for Vermont! 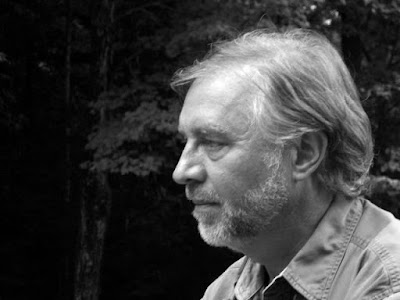 Posted by EILEEN at 1:00 AM No comments: 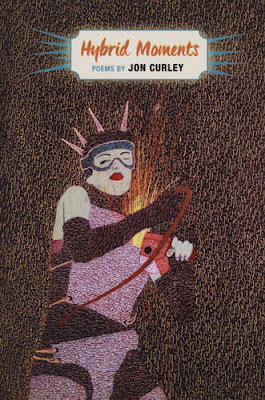 Congratulations to Jon Curley for receiving a fine review by Benjamin Champagne in NewPages.  You can see the review HERE. Meanwhile, here's an excerpt:

Curley illustrates precisely what is in the root of his traditional use of non­traditional language in identifying the problems of transcending the past while remaining honest to it. This results in the final selection of poems entitled “Whiz Bang!” These poems move in a fashion similar to the phonetic pattern that he has been building since the beginning. Each one explodes just as intended. The purpose of each tightly wrapped little poem, shows off the purpose of each tight phoneme and syllable: to build and restructure the present. Though it is not the last poem, it is a fitting end to a reading of Hybrid Moments:

Whiz Bang!Hunting for metaphors, the mournful mageEncountered siphons of situations thatWashed over him, cleansing him of The notion that semblance can ever be Summoned and, qua, qua, qua, that’s that. 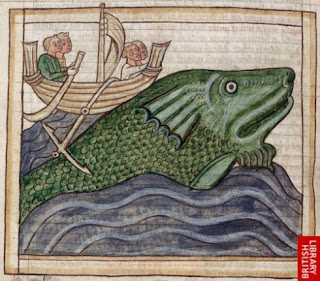 Paul Pines brilliantly explores of the legend of the Fisher King, the wounded god, the limping savior, myths of transformation and healing, and Charles Olson’s great poem “The Kingfishers”.

TROLLING WITH THE FISHER  KING:
A FORENSIC EXPLORATION

There shines in us, though dimly in darkness, the life and the light
a man, a light which does not come from us, which however is in
us, and we must therefore find it within us.
Gerhard Dorn – Philosophia specuativa

Posted by EILEEN at 1:19 PM No comments: 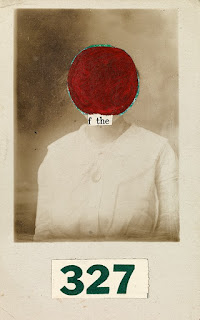 Stephanie Gray and Paolo Javier will read and present a selection of their own works, including Eterniday; a collaborative film narration inspired by a visit to Joseph Cornell's Utopia Parkway. Meet us at 3PM in the museum's 2nd floor theater where Harry Roseman will begin with stories of assisting Cornell towards the end of his life, with photographs taken from 1969-72.

Plaid Duchamp Record in Magenta is the 2nd of ROW/SEW: 3 Sundays for Robert Seydel: a series of gatherings of artists and writers to address, to read, to perform, to pay homage to the life and work of Robert Seydel, his alter ego Ruth Greisman, and her friends Joseph Cornell, Marcel Duchamp, et al.

Directions: Take the 7 to Willets-Point
walk down the boardwalk to the park
turn right and walk towards the big steel earth
The Unisphere fountain is in front of a museum entrance
a map on the event page here.

STEPHANIE GRAY is the author of a poetry collection, Heart Stoner Bingo (Straw Gate Books, 2007), and a chapbook, I Thought You Said It Was Sound/How Does That Sound? (2012), published by Portable Press at Yo-Yo Labs, which also published her second full-length collection with images from her films, Shorthand and Electric Language Stars (2015). A chapbook from Argos Books, A Country Road Going Back in Your Direction, was also published in 2015. Her short super 8 experimental films, often about the city, class, queer or feminist themes, have screened internationally at fests such as Viennale, Oberhausen, Ann Arbor, and at venues including Microscope Gallery, Mono No Aware, and Millennium Film Workshop. She had a film retrospective at Anthology Film Archives in 2015.

PAOLO JAVIER is the former Queens Poet Laureate (2010-14), and author of Court of the Dragon, a book of poetry published recently by Nightboat Books. His other full length books include The Feeling Is Actual (Marsh Hawk Press), 60 lv bo(e)mbs (O Books), and the time at the end of this writing(Ahadada), which received a Small Press Traffic Book of the Year Award. He is the recipient of grants from the Queens Council on the Arts and New York State Council on the Arts, and has enjoyed residencies at the Millay Colony of the Arts, The AC Institute, and the Lower Manhattan Cultural Council’s Workspace.

HARRY ROSEMAN is a sculptor, photographer, draftsman, practitioner of web based works, and professor of art at Vassar College where he currently chairs the Department of Art. From 1969-1972, Roseman worked as an assistant to Joseph Cornell.

ROW/SEW is co-organized by Emmy Catedral and Nathaniel Otting in conjunction with Siglio and Ugly Duckling Presse. The exhibition Robert Seydel: The Eye in Matter, curated by Peter Gizzi, Lisa Pearson, and Richard Kraft, is now on view at Queens Museum til September 27th.

Posted by EILEEN at 9:46 AM No comments: