Harriet Zinnes, whose loss we feel deeply, had a full life, and we were, in her poems and other writings, the beneficiaries of that. The following is a passage I’ve modified from an unpublished essay that awaits some final editing from a journal where it will appear eventually. The essay discusses a poet’s late work. Those of us involved with Marsh Hawk Press were so very lucky to have been involved with Harriet’s late poems, which the press published, several volumes of them—and they’re a rare contribution to the canon.

The passage from my essay goes something like this (here I’m starting in medeas res):

Perhaps Adrienne Rich had some, let’s say, unfinished business to take care of—which is not the same as what often most frightens a poet as she ages: self-repetition. Yeats’s late work has of course been the subject of so very much, justly reverential, commentary. The challenge for Yeats was, Peter Ure points out, “to discover his role in a universe.” Yeats’s diary stipulates a “reason for putting our actual situation into our art”—which is that “the struggle for complete affirmation may be, often must be, that art’s chief poignancy.” It’s fair to say that a substantial amount of Yeats’s late work is taken generally to be of equal power and grace as his earlier poetry.

I’ve thought a lot about William Bronk’s concise, dense, late statements. They don’t possess the majestic sweep of his poems at middle age (in terms of line length, overall volume, the philosophical punch in the solar plexus). His late poems, however, hold their own, and they do seem typically of him. For me the comparison here is with someone like Harriet Zinnes; her late poems—their ethereal, sprightly, fleetingly brilliant statements seeming to have come from beyond the veil—are exciting in their exquisite lightness yet intrigue, which doesn’t dissipate. Zinnes’ last poems are supremely graceful, intelligent, paradoxically profound in their sheer defiance of gravity. Yet I’d not be surprised to find readers of her work over the years as feeling that the late poems are a distinct departure. They strike me as drawing upon the same wellspring of insight, finally, and possessing an eerie refinement—which in a way was less on display before, perhaps obfuscated by something more grand in presentation.

We, at Marsh Hawk Press, were so very lucky to have Harriet, her work, within our midst. She lived a long and full life, and we were only a few of the beneficiaries of that.

Posted by EILEEN at 8:56 AM No comments:

The Marsh Hawk Press community is sorry to learn of the passing of Harriet Zinnes. According to her family, she “died peacefully in her sleep Saturday morning. The whole family except her niece who lives in Singapore was there.  She was 5 months shy of 101. She left in peace, in her sleep, with very little suffering.  The night before she listened closely to her son playing the piano, and was able to discern that he needed to practice more (we all laughed, because she was so right), and we played a silly game at the dining room table after dinner.  On her way to bed she asked that we be sure her notebook was right next to her in case she awoke in the middle of the night to write a poem, a habit she’d had for years.” 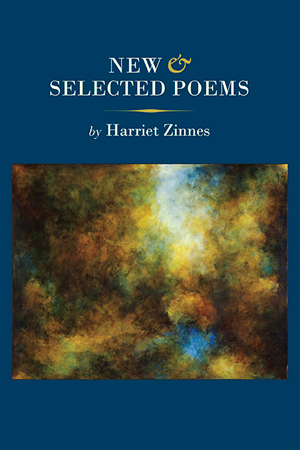 Posted by EILEEN at 9:59 AM No comments:

REVIEW FOR EILEEN TABIOS' IN(TER)VENTION OF THE HAY(NA)KU! 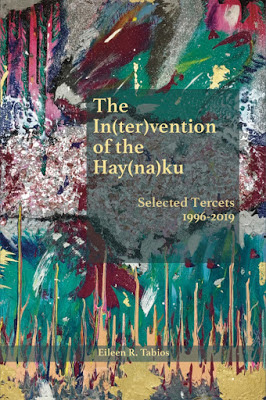 Maileen Hamto reviews Eileen R. Tabios' new Marsh Hawk book, The In(ter)vention of the Hay(na)ku ... which also just appeared on SPD Books' Recommended List! Here's an excerpt of the review which you can see HERE:


“Poetry rules are sometimes made to be broken,” Tabios writes. At its core, the Hay(na)ku is liberatory and emancipatory, similar in magnitude to the genius of Black American inventors and innovators in literature, music and other creative pursuits. By developing the Hay(na)ku, Tabios invited her contemporaries to define FilAm, U.S.-born-and-bred poetry from brown-skinned Filipinos, to cease conformity with white supremacist notions of “goodness” in art and the expectation of appeasing the tyranny of literary gatekeepers in order to be validated.