MHP Managing Editor Sandy McIntosh writes an editorial, "How young Trump was slapped and punched until he made his bed" in the New York Daily News! You can access the article HERE, and here's an excerpt:

My last conversation with Donald Trump was at the New York Military Academy, where we were both cadets. It was 1964, the year he graduated. We were walking together near the baseball field where, he reminded me, he’d played exceptionally well. He demanded that I tell him the story of one of his greatest games.

Ballpark? I thought. We were talking about a high school practice field. There was no park to hit a ball out of. And anyway, his hit was a blooper the fielders misplayed.

Posted by EILEEN at 9:37 AM No comments:

Paul Pines (Paul A. Pines) takes us on a magical tour of the history of the Tin Palace, his 1970s jazz club. He captures a place, an era, and an art.

You are invited to read see his memoir at Numero Cinq. 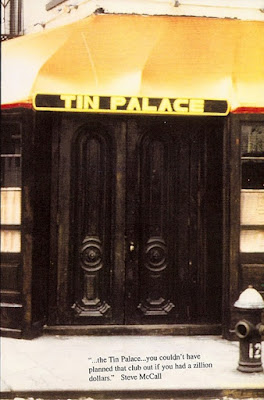 Posted by EILEEN at 5:16 PM No comments: