BURT KIMMELMAN ON "CHAPTER ONE" 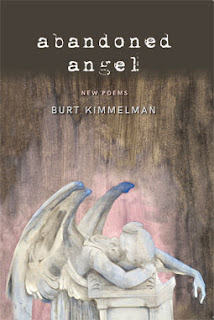 Burt Kimmelman continues Marsh Hawk Press' "Chapter One" series which features poets' memoirs on how they began as poets. Here's an excerpt:


"I suffer from a peculiar malady. My sense of what a poem is, how it should work, how it might feel (its aesthetics)—all of this, my understanding of a poem, was determined when I was an adolescent who came into contact with a number of Black Mountain poets. For all my life as a working poet, now more than fifty years, I have been unable to appreciate a poem outside of the framework imparted to me when I was learning what poetry could be—when I realized I was serious about the vocation of poet."

The "Chapter One Project: On Becoming a Poet" features original memoirs of outstanding poets from diverse backgrounds, published monthly. They recall the ways by which these writers got their starts. In 2019, we will publish 12 original memoirs by poets including D. Nurkse, Burt Kimmelman, Barbara Novack, Geoffrey O’Brien, Eileen R. Tabios, Dan Morris, Anne Waldman, Sandy McIntosh and four others. At link, you also can watch and listen to Denise Duhamel reading from her Chapter One memoir "Mr. Rogers and Me."
Posted by EILEEN at 8:52 AM No comments:

GEOFFREY O'BRIEN IS REVIEWED IN HYPERALLERGIC 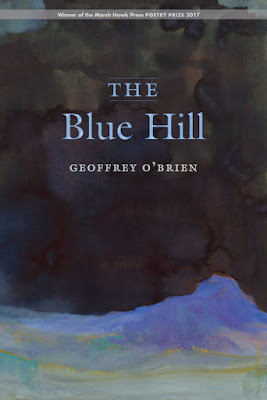 "As O’Brien tells us in the notes, he drew his information from Bengt Ankaroo’s academic history, Witch Trials in Northern Europe, 1450-1700, which details the tradition of the Bläkulla, or blue hill, an island in Sweden’s Kalmar Strait and a suspected site of Sabbath occult gatherings. Public executions of 20 suspected witches took place at the site. As much as O’Brien’s work resonates with the recovery work of contemporary documentary poetics, his handling of the material testifies to his investment not in evidence but in innuendo. Paraphrase is particularly important here. Little direct description of the Sabbath makes its way into the poem. Rather, O’Brien shows in increments how the phrase “the blue hill” begins as suspicion and builds into all-consuming construct in the mind of the collective. All the allegorical potential remains intact. While O’Brien paraphrases the academic history of occult persecution, the poem points to the role paraphrase and hearsay play in the accumulative constitution of myth. Each section follows the pattern above. The repeating name of the place underscores the obsessiveness of the subject, enabling O’Brien to convincingly show the link between heresy and hearsay.
"In the end, The Blue Hill situates paraphrase as something other than a method or exercise. With each section, O’Brien returns to the affective weight of being called, treating the urge to rephrase as his calling. It is this ecstatic sense of second-sight that allows a book so painstaking in its craft to yield such visceral pleasure."

Posted by EILEEN at 4:50 PM No comments:

JANE HIRSHFIELD ON CHAPTER ONE

Jane Hirshfield continues Marsh Hawk Press' "Chapter One" series which features poets' memoirs on how they began as poets. Here's an excerpt:

"The first book I bought with my own allowance money, at age seven or eight, was a book of Japanese haiku, discovered on one of those metal spiral display stands in a stationary store on First Avenue in the East 20s. I have no idea now what a child growing up in New York City found in these poems, whose vocabulary of meaning-making was falling blossoms I’d never known, singing birds I’d never heard, darkness and moonlight I’d seen only by peering past streetlights. The more I’ve since learned about haiku, the more I’ve come to realize how complex their registries of feeling and thought are. I can’t have grasped any of that as a child. But I suspect that I recognized in those poems a world I wanted to live in—a world whose windows opened to a larger existence." 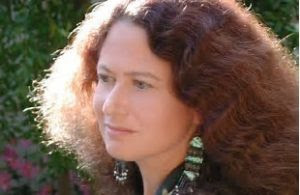